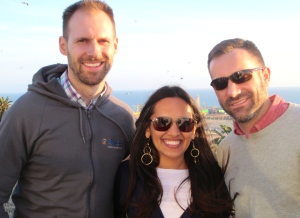 A flight from Boston to Sydney takes over 22 hours and, rather than put ourselves through that fun, we decided to break our trip up with a couple of stops. First up was a day in Los Angeles.

Our friend Sonia (who Ryan went to B school with) picked us up at LAX and took us around for the day. We started by going to the Getty Center, which I have to say is one of the most impressive museums I’ve ever been to. We only saw a fraction of the collection, but what I liked most about it was the spectacular setting of this sprawling complex up in the hills overlooking the city below.

Ryan and Sonia pose at The Getty Center, with a view of downtown Los Angeles behind them.

We really enjoyed having lunch there and checking out its pretty spectacular gardens.

A view of The Getty Center from the gardens.

From there we headed straight to Santa Monica and its famous pier for an afternoon walk and rooftop drinks with spectacular views. 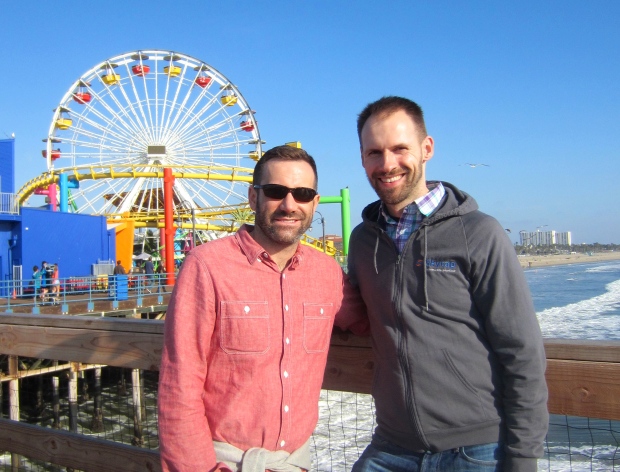 Nice view of the pier from a roof top bar we visited.

I have to say, I never would think of myself as an LA guy, but every time I go, I do really enjoy it. I’m happy it’s a natural layover point for us going from Sydney to the US. Hopefully we’ll get to see more of it (and Sonia) over the next few years.

But enough of LA, we’ve got an 11-hour flight between us and our next stop!